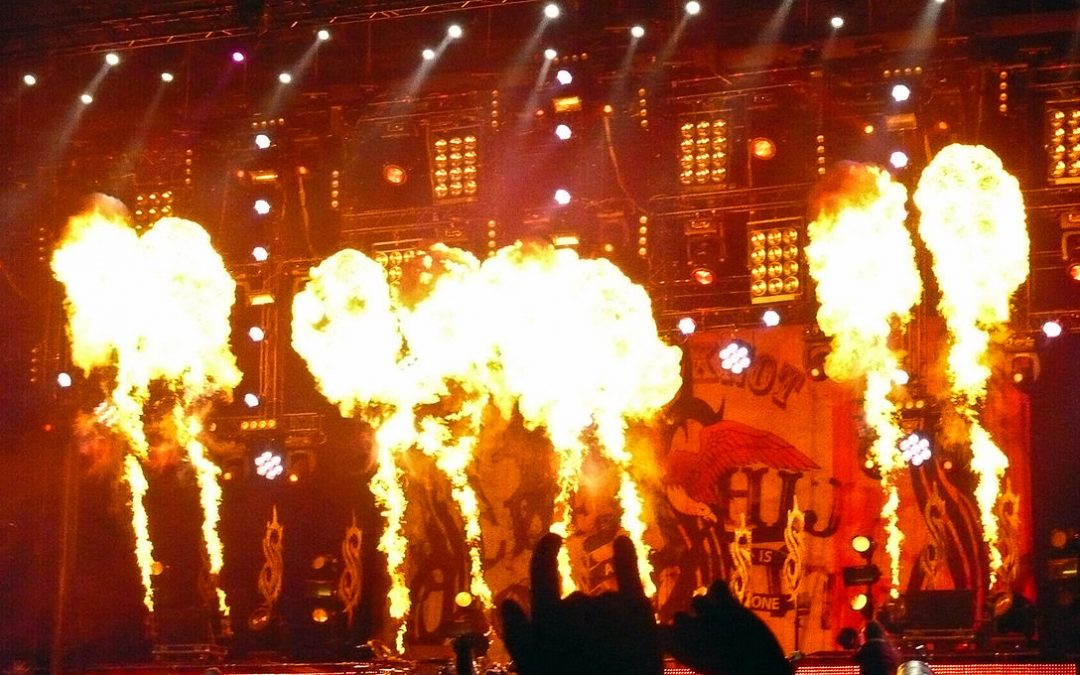 Pyrotechnic fires, such as you would find in theaters, have been recognized as some of the greatest potential for tragedy. A good example is the infamous Iroquois Theater Fire in 1903, in which 600 of the nearly 2000-person audience were killed.

In most cases, the attempt to leave a densely-assembled hall through inadequate exits can be as dangerous as the fire itself.

If you work in the following professions, you should be trained on the importance of fire prevention and quick suppression:

Once trained, you can use a fire extinguisher to contain the fire and keep it from spreading. When firefighters arrive on the scene, they will control and remove the hazard from the facility.

NFPA has specific requirements for fire extinguishers where pyrotechnics or open flames are present.

“A lot of times in Pyro, we would supply the backstage with 20-pound CO2 extinguishers. We would place extinguishers all around the stage area besides what the groups would bring in. The most serious thing I had was when a fuel guy lit can-fires in the back. We also had a couple of times where drapery that didn’t have enough fire retardant on it caught on fire”.

“It’s critical to improve fire protection by including portable fire extinguishers as a first line of defense in all commercial structures. It just makes good life safety sense.”

You have Successfully Subscribed!